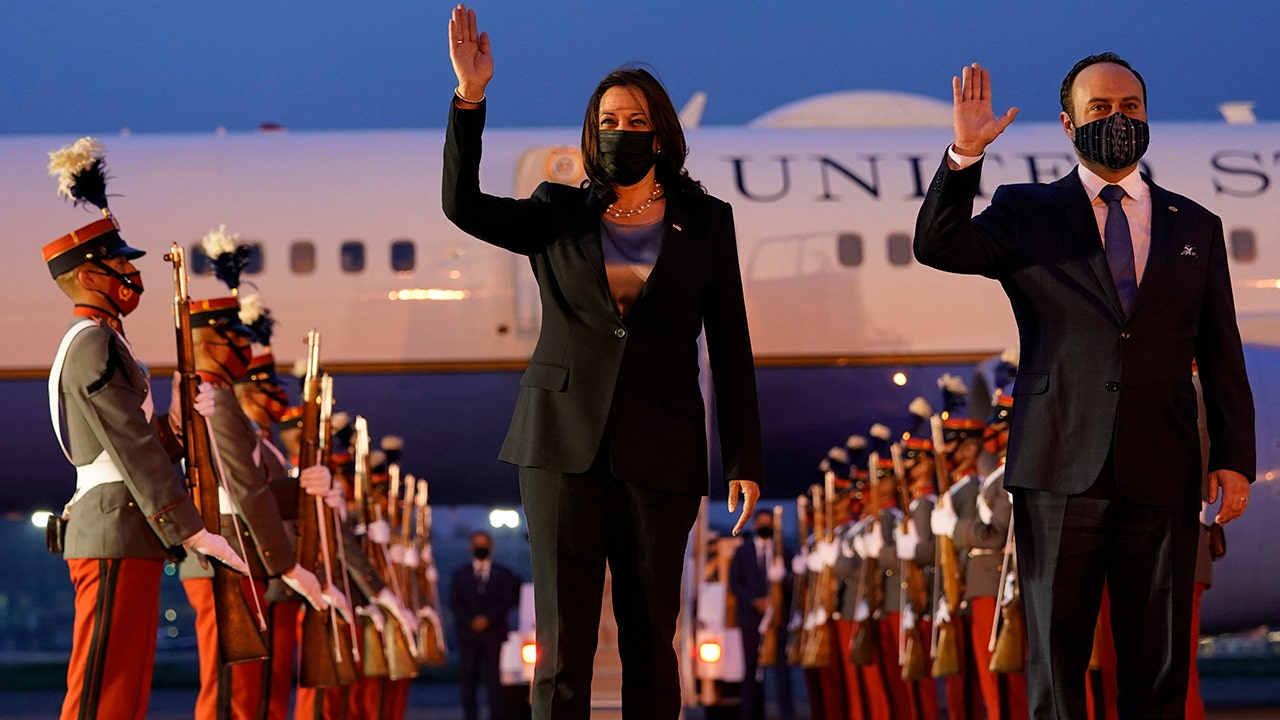 As a massive migrant caravan with approximately 10,000 foreign nationals on its way towards the United States, Vice President Kamala Harris on Tuesday announced a Central American youth program to get young El Salvadorans, Guatemalans and Hondurans paid community services opportunities on issues like “climate action” and violence prevention.

Harris announced the launch of the Central American Service Corps (CASC), a $50 million initiative as part of the Biden administration’s efforts to tackle what it believes are the “root causes” of the crisis at the southern border — including poverty, climate change and violence.

CASC, according to Harris’ office, will be administered by the U.S. Agency for International Development (USAID) and will “provide young people in El Salvador, Guatemala, and Honduras with paid community service opportunities, mentorship, and a path to future employment.”

Her office said that young people in those countries will be given opportunities to work on priorities in their communities that include tutoring, “climate action” and “green jobs,” food security, preventing violence and other “civic-engagement” activities.

The belief is that it will address the root causes by “engaging youth in local driven service opportunities, providing a modest stipend, offering work and life skills acquisition, and enhancing young people’s sense of rootedness and commitment to their communities.”

It’s in response to Harris’ “Call to Action” last year, which sought to bring in investment from businesses and philanthropic causes to hit the root causes. Harris was tasked by President Biden in March last year with leading the diplomatic talks to solve the “root causes” of migration — but until this week there had been few major announcements by Harris.

Harris has previously sought to lower expectations of her work producing immediate results: “But none of this is going to be just turning on a switch. It requires focus, it requires intention, it requires an investment over a period of time, which means, in the short point, is that you’re not going to see the benefit of it overnight – because the problems didn’t occur overnight,” she said in February.

PHOTO GALLERY: HOW THE CRISIS AT THE SOUTHERN BORDER UNFOLDED, AND SPIRALED OUT OF CONTROL

The announcements come as the massive caravan, which organizers estimate currently has around 9,500 migrants and could swell well beyond that number, set off from Tapachula, Mexico and has so far met little resistance. Some media outlets have reported that the caravan could swell to as large as 15,000 migrants.

It’s one of a number of massive caravans in recent years that has made its way toward the U.S. border, including one in October last year — which are typically broken up by Mexican authorities before they reach the border.

The U.S. has been dealing with sky-high migrant numbers for months that have eclipsed past years, with more than 234,000 migrant encounters in April alone. Officials have said they expect those numbers to keep rising in the southern months, particularly as the Biden administration has been seeking to end the Title 42 public health order — which has been used to expel a majority of migrants at the border due to the COVID-19 pandemic.

The administration was blocked from ending the restrictions on May 23 by a federal judge, who imposed a preliminary injunction after a lawsuit from two dozen Republican states claimed the move was unlawful and would impose significant costs on states. The Biden administration has said it is appealing that ruling.

Homeland Security Secretary Alejandro Mayorkas said last month that Border Patrol is dealing with “numbers at historic levels.” But, he said that it was due to people “fleeing violence, corruption, poverty, climate change, and other hardships.”

“And numbers could rise further,” Mayorkas said. “From confusion over recent court orders and as smuggle continue to peddle misinformation to make a profit: we are prepared.”

“I’ve had CBP folks show me around, so I can see firsthand what they’re dealing with. And they have a heck of a challenge on their hands,” he said.

Adam Shaw is a politics reporter for Fox News Digital, with a focus on immigration. He can be reached at adam.shaw2@fox.com or on Twitter: @AdamShawNY

Russia’s UN diplomat storms out of Ukraine meeting, is told ‘maybe it’s easier not to listen to the truth’