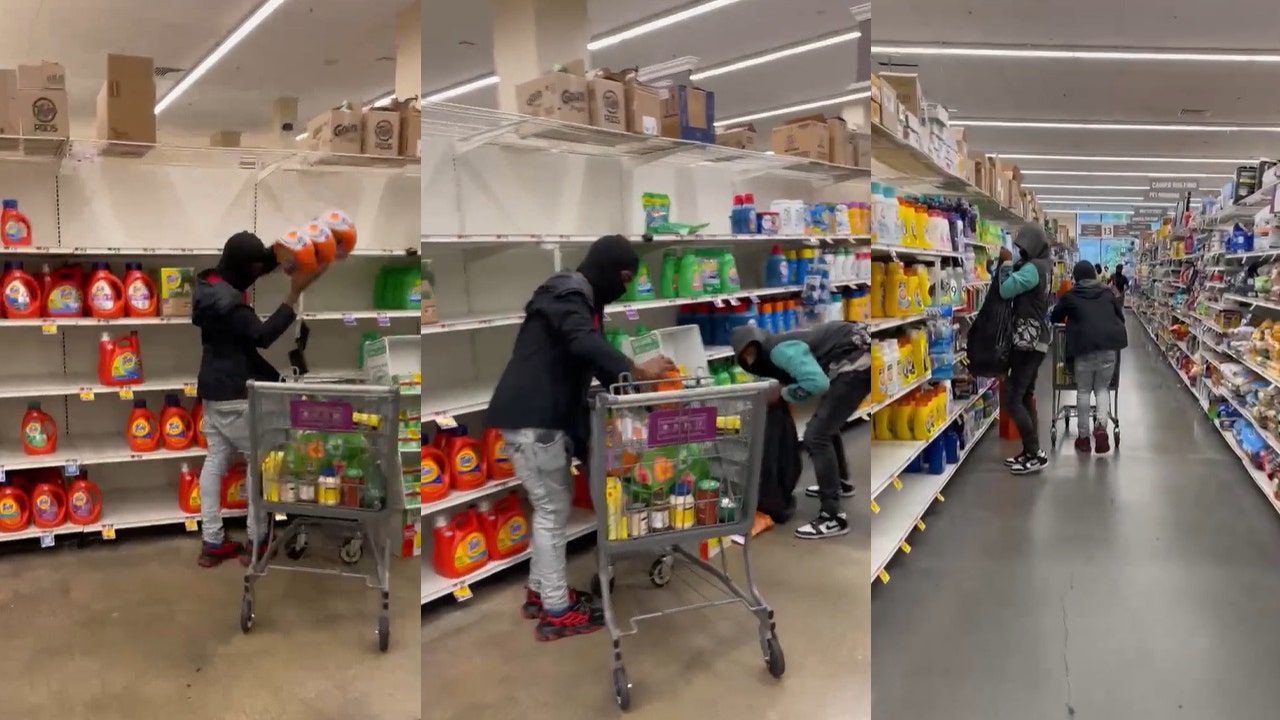 Shoplifters were caught on video brazenly robbing a grocery store, just one mile from the U.S. Capitol Building in Washington, D.C.

In the video, at least three people in the Giant Food grocery store on H Street NE are seen stealing as much laundry detergent as they can carry, filing up garbage bags and a shopping cart, before walking further into the store.

The theft happened around 1 p.m., a witness told Fox News.

Shoplifters in Washington D.C. were caught on video stealing laundry detergent from a grocery store near the Capitol.
(Fox News)

Another individual in the video, who appears to be a shopper unaffiliated with the robbery, can be seen walking very casually past the alleged robbers.

A witness to the crime told Fox News the store’s security officer did not attempt to stop the thieves.

Giant Grocery responded to the video of the robbery on Twitter, saying it is investigating. It’s unclear if the thieves have been arrested.

Shoplifters in Washington D.C. were caught on video stealing laundry detergent at a store near the Capitol.
(Fox News)

Washington D.C. police were asking for the public’s help in identifying the two suspects in that robbery.