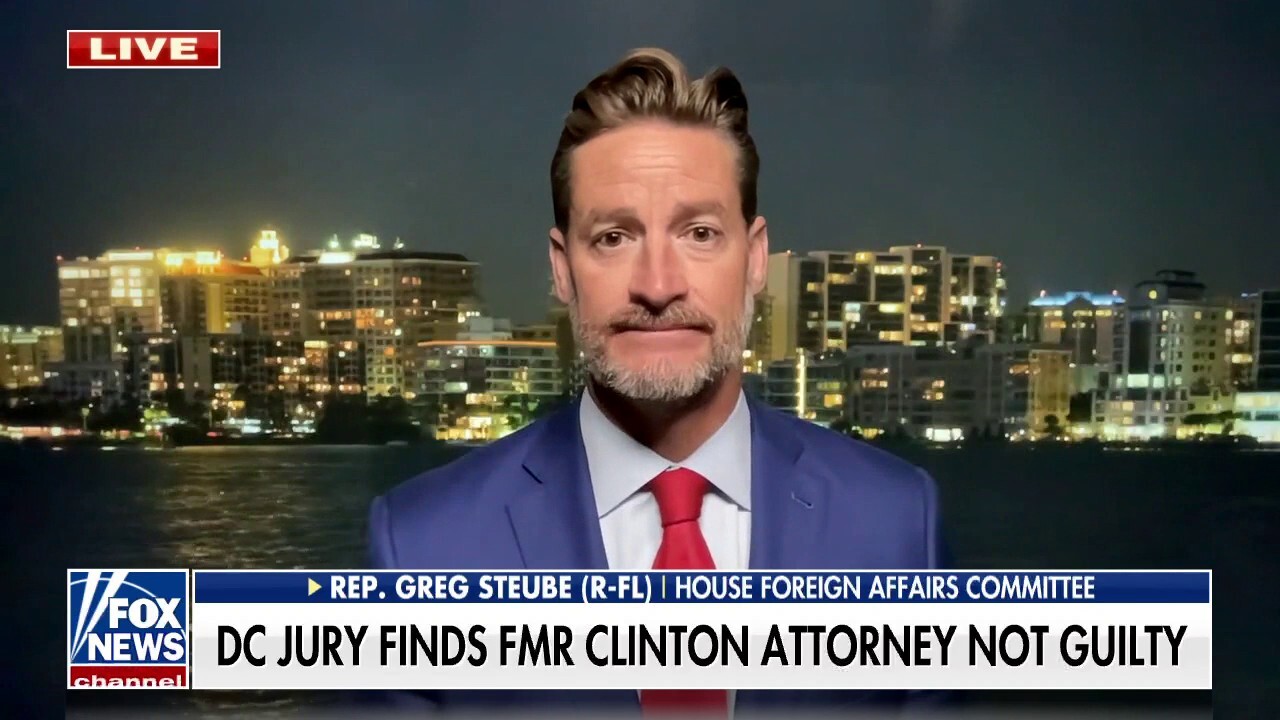 Rep. Greg Steube, R-Fla., slammed Democrats following the Sussmann acquittal, accusing them of weaponizing “surveillance” services for “political purposes” during the 2016 election cycle. Rep. Steube made those remarks on “Fox & Friends First,” arguing they used a “partisan” process to spy on American citizens.

GREG STEUBE: The real frustrating thing as a member of Congress is they used our intelligence surveillance system to surveil on American citizens, and they used a completely partisan political process to do it. They lied to the FISA court to get a warrant to surveil on these individuals. A secret court, not a normal court where you got to go in and get a warrant and prove evidence and all of that, and that’s what’s really frustrating is the use of our intelligence services and our surveillance services for political purposes.

WATCH THE INTERVIEW FROM “FOX & FRIENDS FIRST” BELOW: