Frank Gore officially retires with 49ers after 16 seasons in NFL 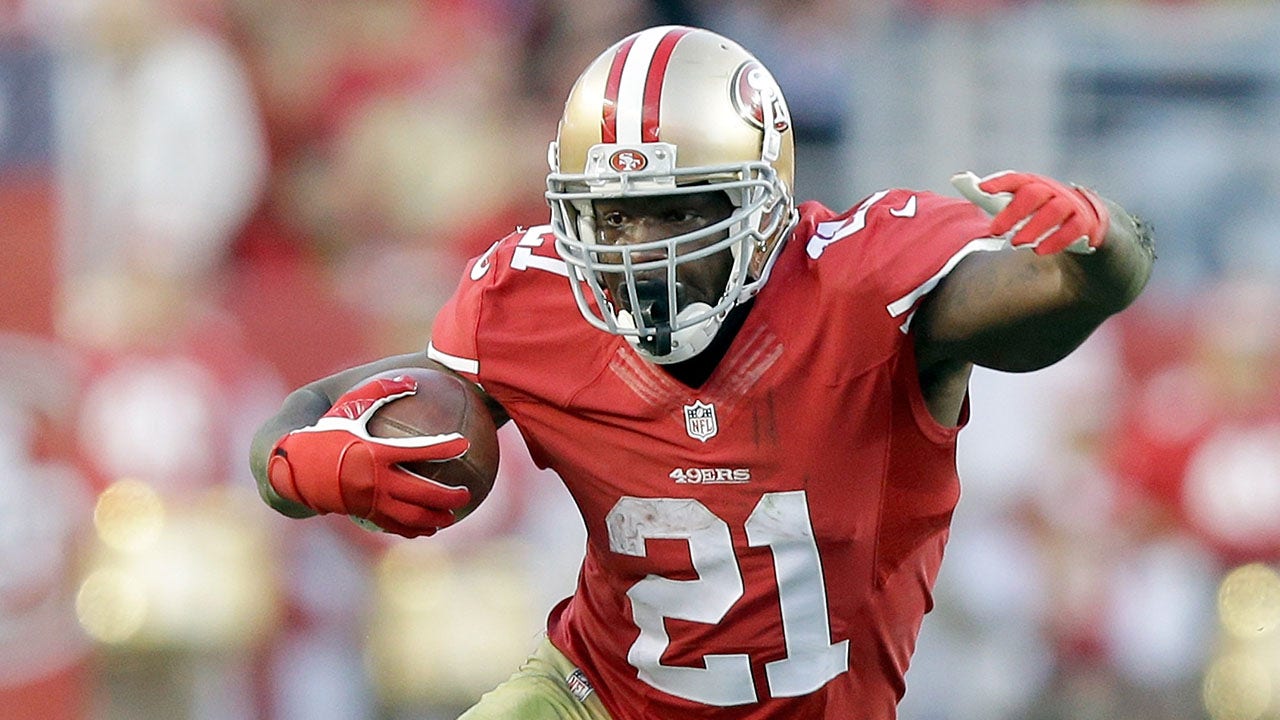 After 16 NFL seasons, Frank Gore has retired with the team that drafted him: the San Francisco 49ers.

On Thursday, the 49ers announced that Gore signed a one-day contract to retire with the team, officially ending an NFL career that saw him total exactly 16,000 rushing yards.

Gore will also be the 31st inductee into the Edward J. DeBartolo Sr. San Francisco 49ers Hall of Fame at some point during the regular season, the team said.

Frank Gore #21 of the San Francisco 49ers runs with the ball against the Arizona Cardinals at Levi’s Stadium on Dec. 28, 2014, in Santa Clara, California.
(Ezra Shaw/Getty Images)

“Frank had to overcome many challenges upon entering the NFL and now leaves the game not only as one of the best backs in NFL history, but one of the best football players ever,” York said. “Frank’s 16-year NFL career is a testament to his durability, having played in more games than any other running back in league history.”

“His grit, toughness and commitment to greatness earned him the respect of his coaches, teammates and opponents,” York added. “We knew this day would come when Frank would retire a 49er and we look forward to The Faithful celebrating his induction into the 49ers Hall of Fame in Levi’s Stadium this upcoming season.”

Gore spent the first 10 seasons of his career in San Francisco, where he made the Pro Bowl five times and rushed for at least 1,000 yards in eight of those seasons. He was a third-round selection by the 49ers in the 2005 NFL Draft.

“One of the very first things I told the 49ers organization when they drafted me in 2005 was that they got the right guy,” Gore said in a statement. “I knew early on that I wouldn’t let my college career define me in regards to injuries, and that I would have to outwork a lot of people to get to where I wanted to be. After 10 years in San Francisco and 16 years in the NFL, I can confidently say that I put all I had into the game of football.”

“Football was and is everything to me. From meetings and film study to practice and just being in the locker room, all of it meant the world to me,” he added. “I am happy to officially close this chapter of my life and proud of what I was able to accomplish and the legacy I leave behind.”

The retirement was expected as Gore told TheSFNiners podcast in April that he planned to sign the one-day contract in the next “couple of months” so he could retire as a Niner.

With the retirement official, Gore ends his NFL career with exactly 16,000 rushing yards, the third-most in NFL history behind Emmitt Smith (18,355) and Walter Payton (16,726), both of whom are in the Hall of Fame.

In this Oct. 20, 2019, file photo, Buffalo Bills running back Frank Gore runs against the Miami Dolphins in the second half of an NFL football game in Orchard Park, N.Y.
(AP Photo/Adrian Kraus, File)

After his time in San Francisco, the running back played for the Indianapolis Colts, Miami Dolphins, Buffalo Bills and New York Jets. He rushed for 4,927 total yards during those years.

Gore last played in the NFL during the 2020 season with the Jets, when he rushed for 653 yards on 198 carries and scored two touchdowns.

Gore has a good chance of making it into the Pro Football Hall of Fame based on his numbers and longevity over the years, despite him only being named an All-Pro once and never winning a Super Bowl. He played in Super Bowl XLVII after the 2012 regular season, but the 49ers lost to the Baltimore Ravens.

He will be eligible for the Pro Football Hall of Fame in 2027.

“This organization will always be a part of me, one that I will forever associate myself with,” Gore added. “I will talk about San Francisco as ‘we’ and ‘us’ for the rest of my life, and will support the 49ers and The Faithful in every way possible.”