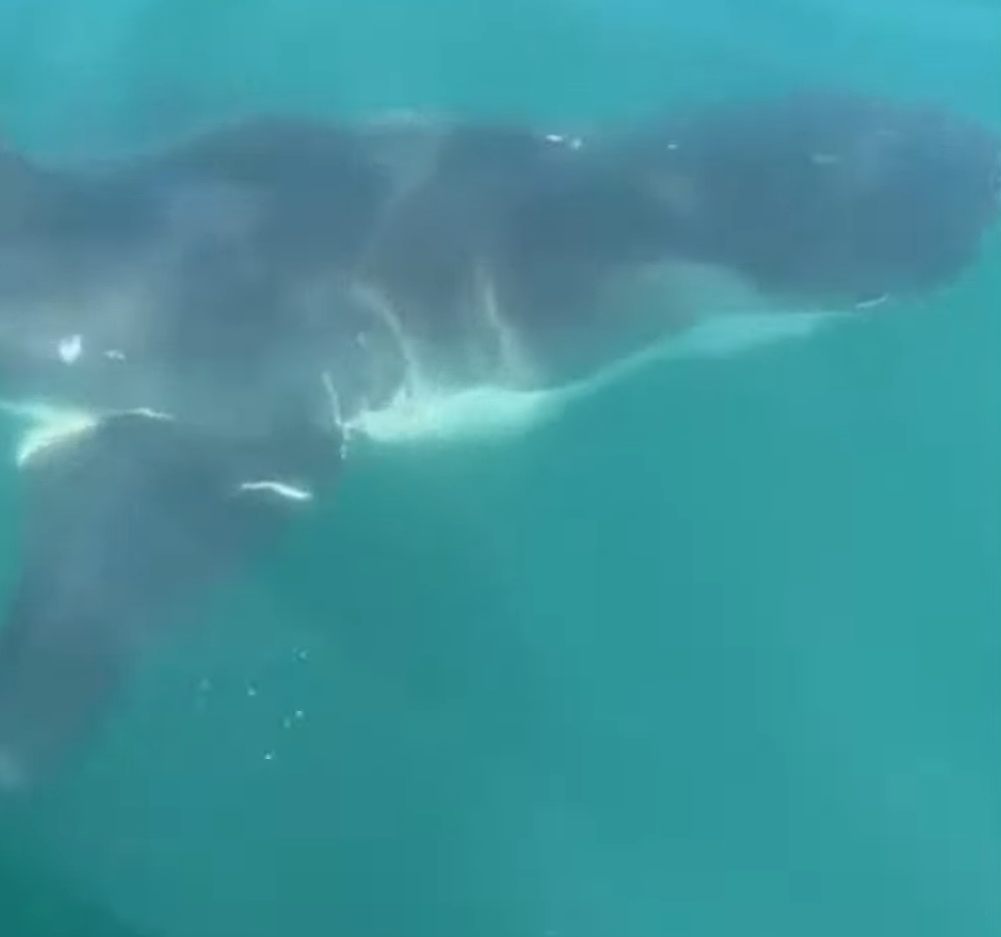 A fisherman sailing off the southern coast of New Jersey captured video of a great white shark nearly half the size of his 23-foot-long boat.

The fisherman, Pennsylvanian native Jim Piazza, is renting a home in Sea Isle’s Townsends Inlet neighborhood for the summer and had been fishing with his son, Jayden, all morning when he nearly ran over the 12-foot shark.

“The videos don’t do it justice,” Piazza said on the size of the shark. “It was just nonchalantly there. I’ve never seen anything like that.” He later posted a video of the encounter on his Facebook page.

Not long after the incident was reported, the U.S. Coast Guard boarded Piazza’s boat and, after performing a safety check, also shared the video to their social media channels.

Sharks are not rare to New Jersey but getting video that close to one certainly is with great whites rarely come close enough to shores to threaten swimmers. The International Shark Attack file, based in Florida, lists 15 confirmed and unprovoked shark attacks in New Jersey since 1837.

Warming waters are a possible explanation for sharks swimming closer to shores, with states such as New York expanding a program to track their movement via drones.

While this shark is large for its species it is by no means an outlier. A 1,000-pound great white shark named Ironbound was tracked off the Jersey Shore as recently as April 2022. Additionally, OCEARCH tagged and tracked a 16 foot, 3,456 female named Mary Lee for 4 years up and down the East Coast.

Her last known location was off the South Jersey shore.