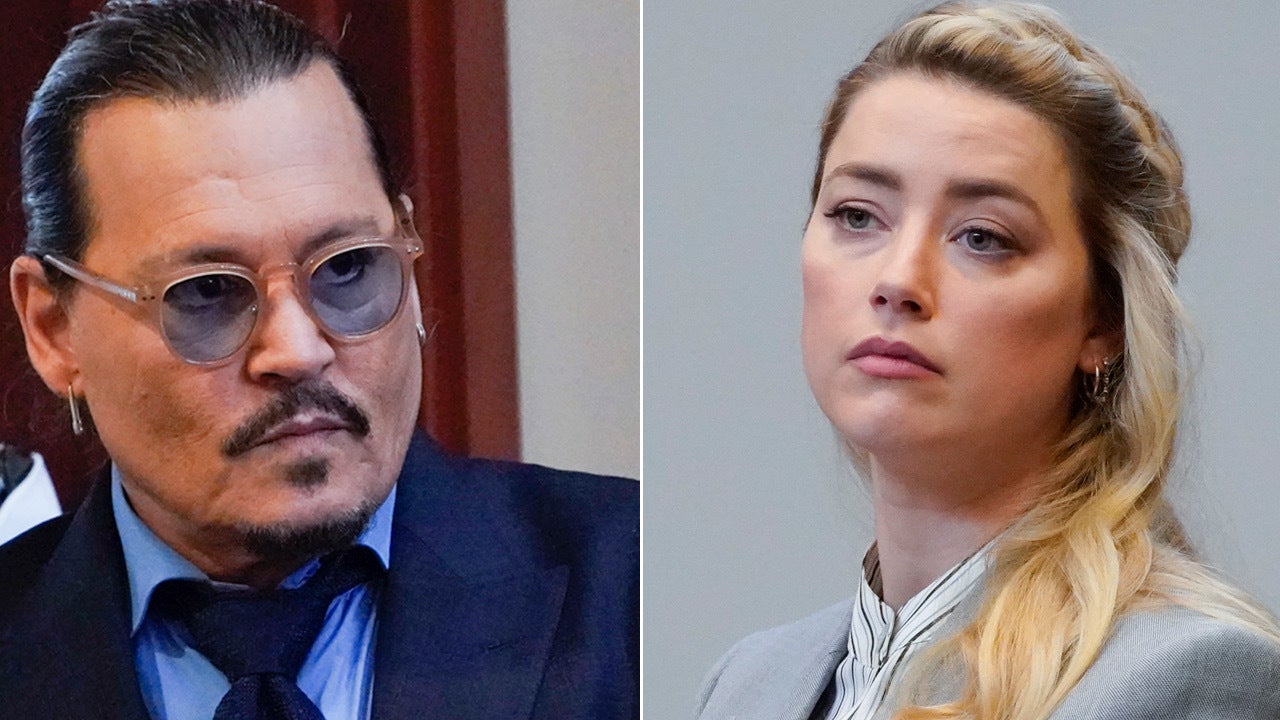 Johnny Depp won his defamation case against Amber Heard Friday with a jury awarding him $15 million after a bombshell seven-week trial marked by shocking allegations of abuse leveled by both sides.

The seven-member panel, composed of five men and two women, also ruled in favor of Heard, in part, finding that Depp had defamed her through his attorney. They awarded her $2 million in compensatory damages.

She accused the “Charlie and the Chocolate Factory” star of conspiring with his lawyer, Adam Waldman, to defame her by calling her allegations of abuse a hoax in three statements to the press. Judge Penney Azcarate reduced Depp’s punitive damages award from $5 million to $350,000

Depp, 58, who is on tour with guitarist Jeff Beck in England, did not show up for the verdict, while Heard, 36, did.

During the trial, both sides were bent on mutual destruction, exposing the tawdry details of their failed marriage in a tit-for-tat that has left their reputations in tatters.

A photo combination of Johnny Depp and Amber Heard in Fairfax County Circuit Court, in Virginia, May 27, 2022.
( Steve Helber/Pool via Reuters)

The protracted court battle kicked off in 2019 after Depp sued Heard in Fairfax County Circuit Court in Virginia over a 2018 op-ed she wrote in the Washington Post identifying herself as a “public figure representing domestic abuse.”

She did not refer to Depp by name, but his lawyers have argued that the piece falsely portrayed Heard as a domestic violence victim and ruined his life.

The warring exes began their battle two years earlier on May 27, 2016 – a central date in their saga.

That’s when Heard went to a Los Angeles courthouse to obtain a restraining order against Depp after he allegedly bashed her in the face with a cellphone.

She exited the courthouse flanked by her publicist, and with a large bruise under her right eye, as a throng of photographers snapped her picture.

Depp’s team argued that she painted on the bruise and tipped off the press.

The photos and abuse allegations went viral, garnering international headlines, and set off a vicious public quarrel that has persisted for six years – twice as long as their relationship.

During closing statements, Vasquez argued that Depp was the sole victim in their doomed romance.

“There is an abuser in this courtroom, and it is not Mr. Depp,” Vasquez told jurors Friday, noting that it was the six-year anniversary to the day that Heard obtained the restraining order. “Ms. Heard is in fact the abuser and Mr. Depp the abused.”

Heard fabricated her “wild, over-the-top and implausible” abuse claims after Depp told her he wanted to end their one-year marriage, the lawyer argued.

“You either believe all of it, or none of it,” Vasquez said. “Either she is a victim of ugly, horrible abuse, or she is a woman who is willing to say absolutely anything.”

The “Edward Scissorhands” actor took the stand for four days and told jurors how his ex-wife hurled a vodka bottle at him that shattered on his hand and sliced off the tip of his finger during a 2015 brawl in Australia. Heard has denied it.

Jurors were played disturbing audio recordings in which Heard admitted to hitting Depp and called him a “washed up piece of sh-t” and a “sell out,” mocking his role as Officer Thomas Hanson on the TV series “21 Jump Street.”

In one recording, after the pair split, Heard told Depp, “Tell the world Johnny, tell them Johnny Depp, I Johnny Depp, a man, I’m a victim too of domestic violence.”

ELON MUSK WEIGHS IN ON DEPP-HEARD TRIAL: ‘I HOPE THEY BOTH MOVE ON’

Depp alleges that Heard used the bogus abuse allegations to negotiate a $7 million divorce settlement, then moved on with Tesla CEO Elon Musk, who she told her agent she didn’t love and was “just filling space.”

Although she publicly promised to donate the full sum to charity and claimed she had already done so on a TV show, it was revealed during the trial that she had only parted with a small fraction of the payout. Most of the donations made her on behalf came from Musk, according to testimony.

Heard offered a dramatically different account of their toxic relationship during her four days on the stand, telling jurors that Depp became a violent and belligerent “monster” when he was high and drunk.

A photo combination of Johnny Depp, Kate Moss via video link and Amber Heard in Fairfax County Circuit Court, in Virginia, May 25, 2022.
(Evelyn Hochstein/pool via Reuters)

In her most extreme abuse claim, the “Aquaman” star accused Depp of dragging her nude body across broken glass then penetrating her with a liquor bottle.

The alleged sexual assault occurred during the same 2015 blowout in Australia that left the “Black Mass” star missing a piece of his finger.

In between sobs, Heard recounted another horrific act of sexual abuse. She alleged he forcibly performed a cavity search on her, violently sticking his fingers inside her and searching for his cocaine during a drug-induced rage, she said.

The clashing exes weren’t the only celebrities in the courtroom for the bizarre trial  – Kate Moss was a surprise witness appearing via live link from England on behalf of Depp. Ellen Barkin testified for Heard in a pre-recorded deposition.

Heard’s team initially indicated that they would call actor James Franco and Musk – but they never materialized on the stand.

Heard’s lawyer, Ben Rottenborn, said in closing statements that Depp’s lawsuit against the “London Fields” actress is a continuation of a relentless smear campaign her ex-husband launched against her after she filed for divorce.

“In Mr. Depp’s world, you don’t leave Mr. Depp, and if you do, he will start a campaign of global humiliation against you,” he said.

Rottenborn added that lawyers for Depp were setting a dangerous precedent for victims of abuse.

He added that a finding in favor of Depp would having a chilling effect on First Amendment protections – especially for victims of domestic abuse.