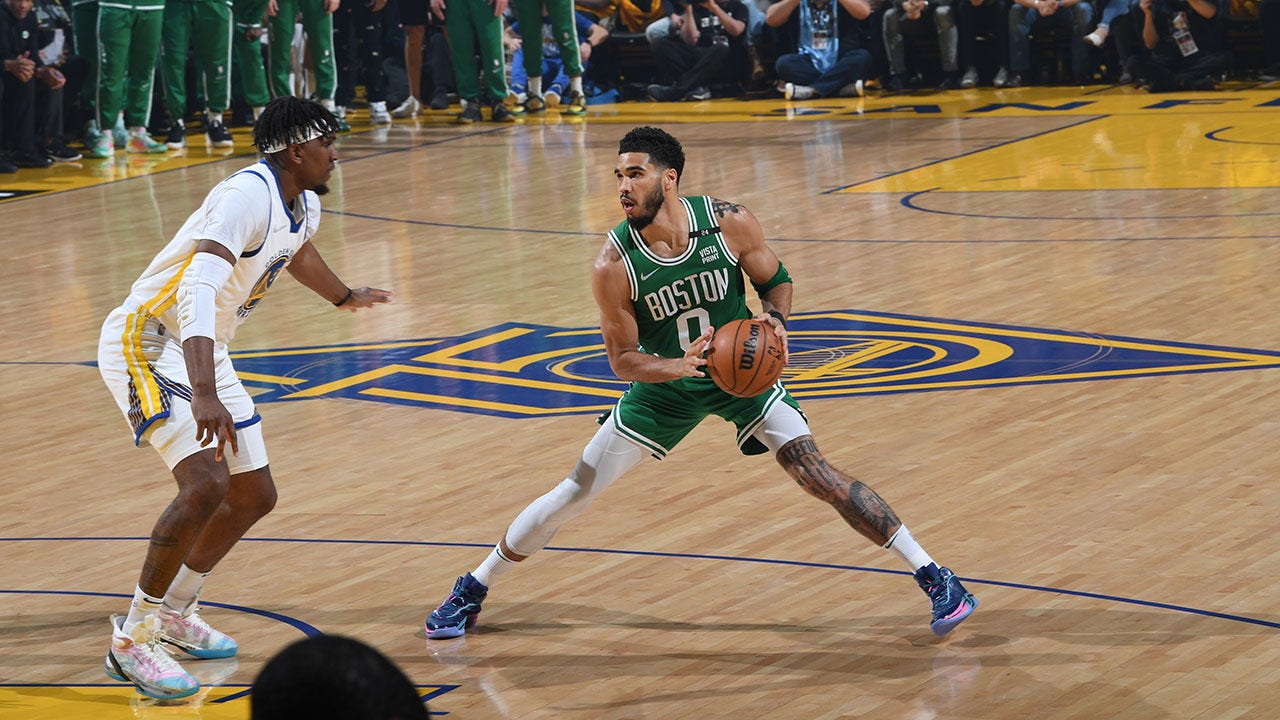 After an uptick in television ratings in the regular season and playoffs, Game 1 of the NBA Finals took quite a dive.

In fact, this year’s Finals opener between the Boston Celtics and Golden State Warriors on ABC was the least-watched Game 1 held in June since the San Antonio Spurs swept the Cleveland Cavaliers way back in 2007, or 15 years ago in the event you need help with the math.

An overall photo of the Chase Center scoreboard with 2022 NBA Finals signage before Game One of the 2022 NBA Finals between the Boston Celtics and the Golden State Warriors on June 1, 2022 at Chase Center in San Francisco, California.
(Photo by Joe Murphy/NBAE via Getty Images)

As relayed by Jon Lewis of Sports Media Watch, Game 1 of the Celtics-Warriors series drew just a 6.3 average, of 11.9 million viewers, topping only the previous two Finals. But each of the previous two were held at odd times for the league, which was changed its normal calendar because of the COVID-19 pandemic.

Typically, the Finals have been held in June (or late May if you go back to the NBA’s early days).

Either way, this is a bit of a surprise, given the NBA’s rise in ratings throughout the 2021-22 season. Plus, this Finals also features two of the league’s original franchises and a modern-day dynasty in the Warriors. Not to mention the presence of longtime MVP candidate Steph Curry.

It was also an exciting game, with the underdog Celtics rallying for a 120-108 road win to land home-court advantage for the series.

Apparently, none of that helped.

Jayson Tatum #0 of the Boston Celtics dribbles the ball during Game One of the 2022 NBA Finals on June 2, 2022 at Chase Center in San Francisco, California.
(Photo by Noah Graham/NBAE via Getty Images)

Again, the league experienced a rise in ratings throughout the season, particularly the postseason. But even then, as Lewis noted, it hasn’t all been rainbows and unicorns. Just take a look at the facts involving the Celtics’ win over the Miami Heat in Game 7 of the Eastern Conference finals.

“… As strong as the NBA’s numbers have been at times this postseason, there were signs in recent weeks that the league’s momentum has slowed,” Lewis wrote. “Even last Sunday’s Celtics-Heat Game 7 was an underwhelming draw by historical standards, its mere 4.6 rating easily the lowest for a conference final Game 7 in the past 25 years. Out-of-home viewing made the audience figure look more respectable — nearly 10 million — but even that was the smallest audience for a conference final Game 7 since 2005.”

Bottom line: While the NBA has seen a bit of a rise in the ratings overall, clearly, there is still to be done, and at a time of year when the games are typically watched the most.