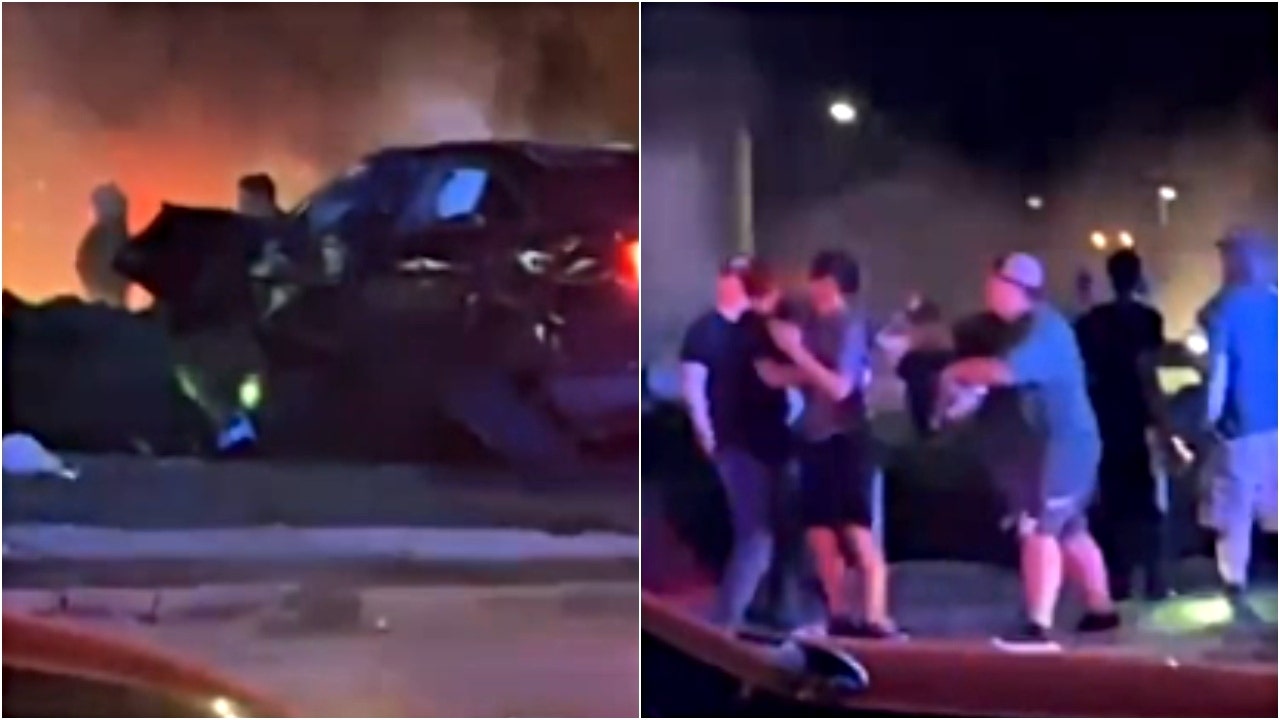 Nebraska police are investigating a car accident that killed two young women and injured 20 others on Sunday evening but believe, at this time, that the act was not “intentional.”

The two deceased women had been inside one of two cars involved in the crash at 52nd Street and O Street in Omaha just before 11 p.m. CT.

“This is an ongoing investigation. We do not believe, nor is there any evidence this was an intentional act,” the Lincoln Police Department said in a Monday Facebook post.

A damaged, black vehicle emits what appears to be smoke following a car crash in Omaha, Nebraska, on Sunday.
(Elijah Herbel/ KFOR News.)

Both vehicles flew toward a group of pedestrians at a Memorial Day weekend “Americruise” event, hosted by the Midwest Association of Car Enthusiasts (MACE), in the state’s capital.

One of the cars — a black, Ford Taurus — traveling westbound on O Street sped into the second car — a white, Toyota Carolla — facing eastbound, according to police.

A witness told the Lincoln Journal Star that the speeding car blew into the second car while it was attempting to make a turn.

Video footage taken by Elijah Herbel and shared with KFOR News shows people gathered near a damaged black vehicle and what appears to be a cloud of smoke.

“After the initial impact, both vehicles were forced onto the north sidewalk of O Street … striking multiple people where crowds were standing and seated to observe the event,” the Lincoln Police Department said, adding that one of the injured victims is in critical condition.

The police department offered “condolences to the family and friends of those who were killed as a result of this incident.”

“We will work tirelessly to determine what occurred and hold those responsible for this tragedy accountable,” the department added.

Authorities are asking anyone with video of photo evidence of the incident to submit those materials to police. Anyone with further information is asked to contact 402-441-6000 or Crime Stoppers at 402-475-3600.