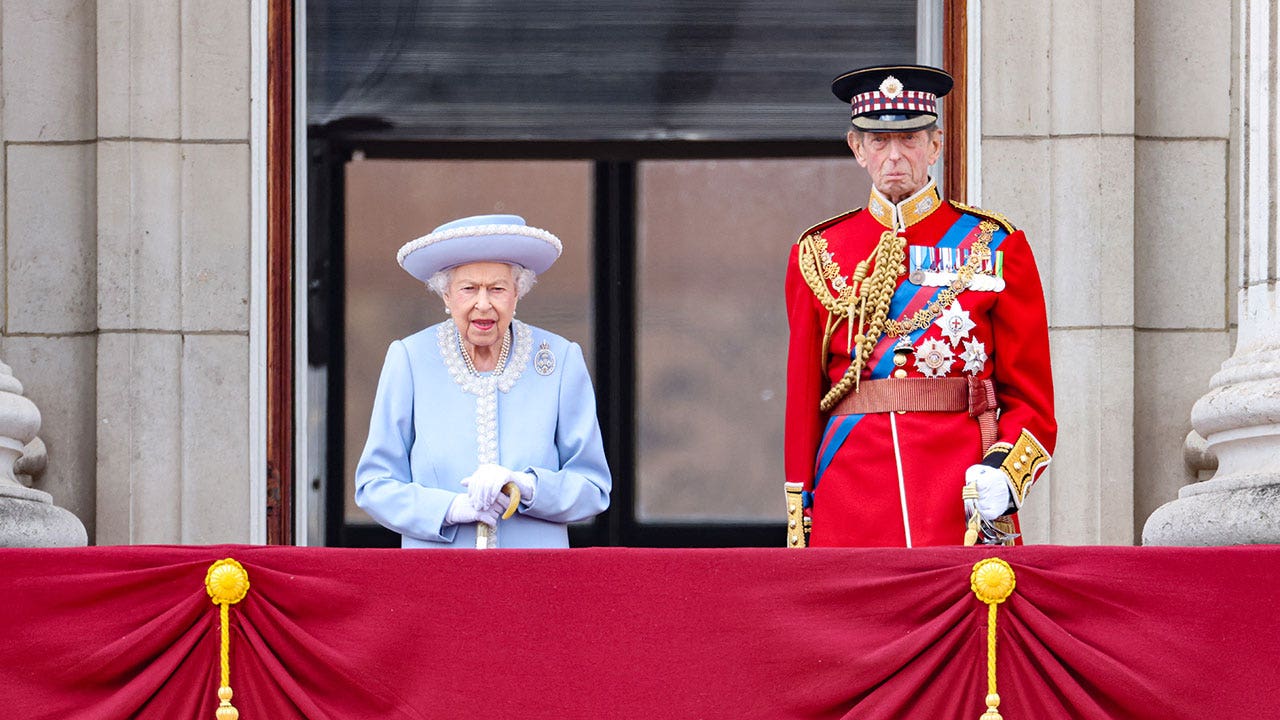 The United Kingdom is celebrating Queen Elizabeth’s 70-year reign with the Platinum Jubilee, but some members of the royal family have not been included in all the festivities. Fox Nation host Piers Morgan detailed Prince Andrew’s reported absence from the entire event following the Jeffrey Epstein scandal, and why Prince Harry and Meghan, Duchess of Sussex, were not included on the balcony.

QUEEN ELIZABETH’S HEIR PRINCE CHARLES ISN’T IN A HURRY TO BE KING FOR THIS REASON, ROYAL FILMMAKER SAYS

PIERS MORGAN: If you’re wondering who you won’t see today, you won’t see Prince Andrew, who is still reeling from the sex scandal involving Jeffrey Epstein. So he’s been banished. He won’t be on the balcony. And in fact, we’re told today he’s not here at all. So the Queen’s reportedly favorite son, Prince Andrew, who was of course, the son who led her down the aisle at the church, for Prince Philip’s funeral service, or memorial, that was how important Andrew is to her. And that was her way of saying he’s still my son, but she has taken a tough decision. Only working royals, and he’s no longer a working royal, will be on the balcony, and he’s not here at all. And Meghan and Harry, the Duke and Duchess of Sussex, have flown in from California. They’re not allowed on the balcony either because they’re not deemed to be working royals in the sense of doing any work for duty. They do it all for money from Netflix, so they’ve been shoved out the back, that sort of little outhouse at the back of the palace. Well, they’ll be watching what we’re watching probably on TV like we are. So it’s quite a lot going on here, where there are various high-profile members of the royal family who are not getting the same air time they normally would have.