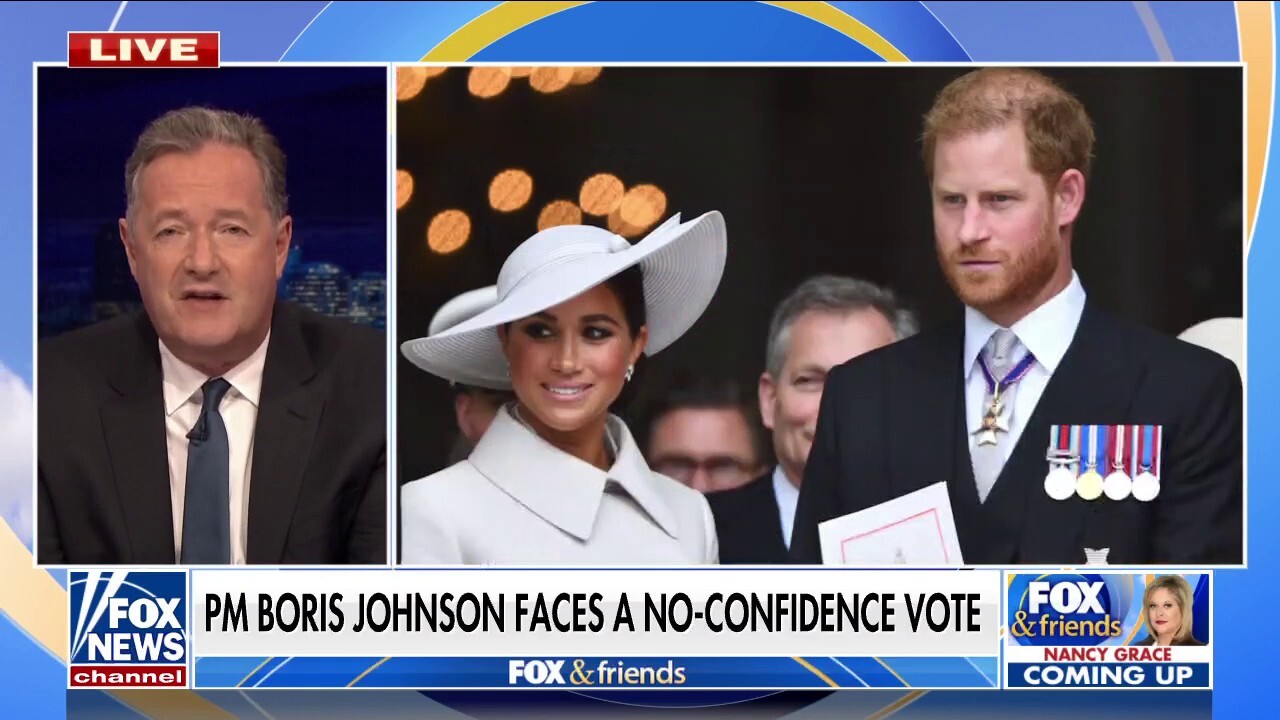 Prince Harry and Meghan Markle faced booing at the Platinum Jubilee and Piers Morgan joined “Fox & Friends” Monday to discuss how their “hypocrisy” is part of why the royal couple has faced backlash.

PIERS MORGAN: Meghan and Harry … the British public have decided, are guilty of brazen hypocrisy. … Because they love to preach about all sorts of things to us and then do the complete opposite. And we saw it again, didn’t we? They flew in from California. How did they get here? On a massive gas-guzzling private plane and then flew all the way back to California before it even ended on Sunday, before the Queen hit the balcony. They were back on their gas-guzzling plane. They’re the ones preaching to us about carbon footprint, and they’re the ones using private planes like taxis. That’s hypocrisy and the British public see right through it.