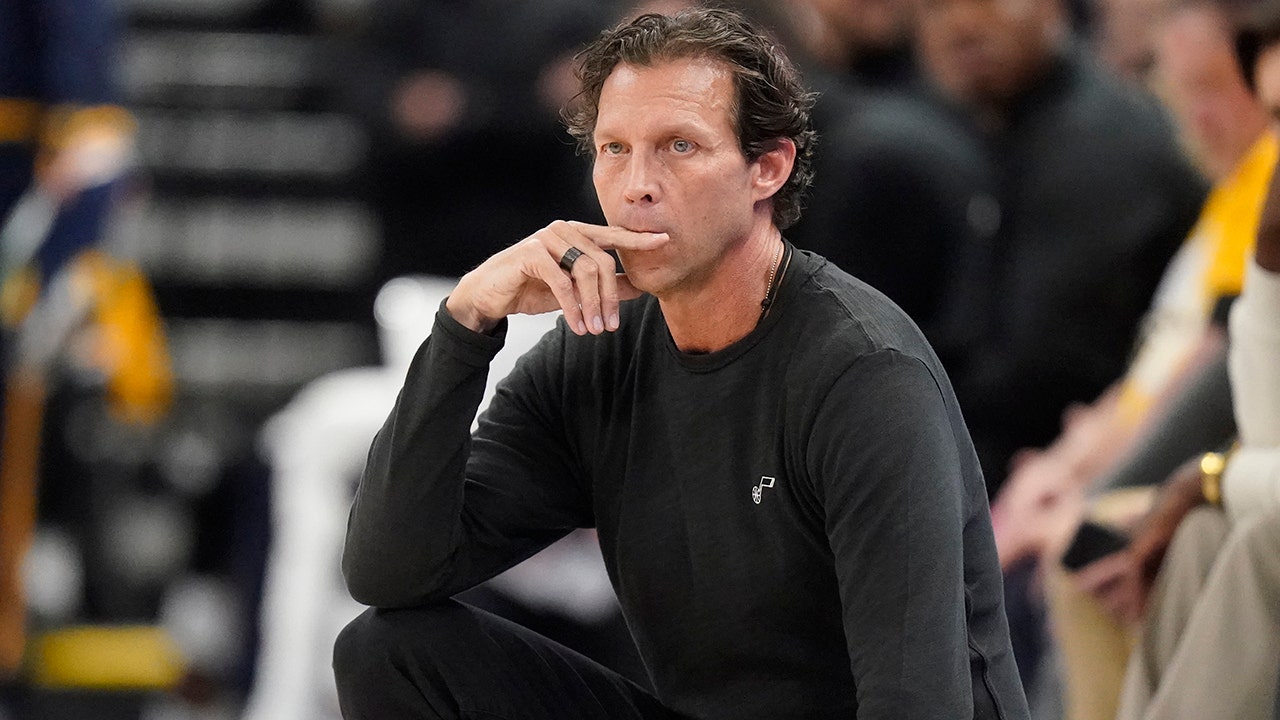 Quin Snyder on Sunday stepped down from his position as head coach of the Utah Jazz.

Snyder took over as the Jazz’s head coach in 2014 and only had losing seasons in his first two years at the helm. In his final six seasons, he guided the Jazz to the playoffs but didn’t get the team further than the Western Conference semifinals in any of their appearances.

FILE – Utah Jazz coach Quin Snyder shouts to the team during the second half of an NBA basketball game against the Orlando Magic on Feb. 11, 2022, in Salt Lake City.
(AP Photo/Rick Bowmer, File)

Snyder said in a press release he felt the team could benefit from a “new voice.”

“At the core, and what drives me every day is our players and their passion for the game, their desire to constantly work to improve and their dedication to the team and the Jazz. I strongly feel they need a new voice to continue to evolve. That’s it. No philosophical differences, no other reason,” he said.

FILE – Utah Jazz head coach Quin Snyder yells to his team during the first half of an NBA basketball game against the Golden State Warriors in San Francisco, April 2, 2022.
(AP Photo/Jed Jacobsohn, File)

“After eight years, I just feel it is time to move onward. I needed to take time to detach after the season and make sure this was the right decision. I greatly respect and appreciate Ryan, Danny and Justin’s discussions regarding moving forward together, I just know it is time. I am forever appreciative of all the players, coaches, partners, and people I have worked with at the Jazz. Your sacrifice, your kinship have made this an incredible and special experience.”

Snyder is the second-winningest head coach in Jazz history behind Jerry Sloan. He wraps up his tenure as Utah’s head coach with a 372-264 record.

“The tireless work ethic and attention to detail Quin displayed each day is a testament to the professional he is. I have nothing but admiration for Quin and respect his decision. On behalf of Ashley and I along with our ownership group and our entire organization, we thank Quin and Amy from the bottom of our hearts for all of their contributions to the state of Utah and the Jazz and wish them nothing but the best.”

Steve Hilton calls out Biden: Has there ever been a more pathetic excuse for president?

Bloomberg warns that America’s public school system is failing, places some of the blame at teachers unions