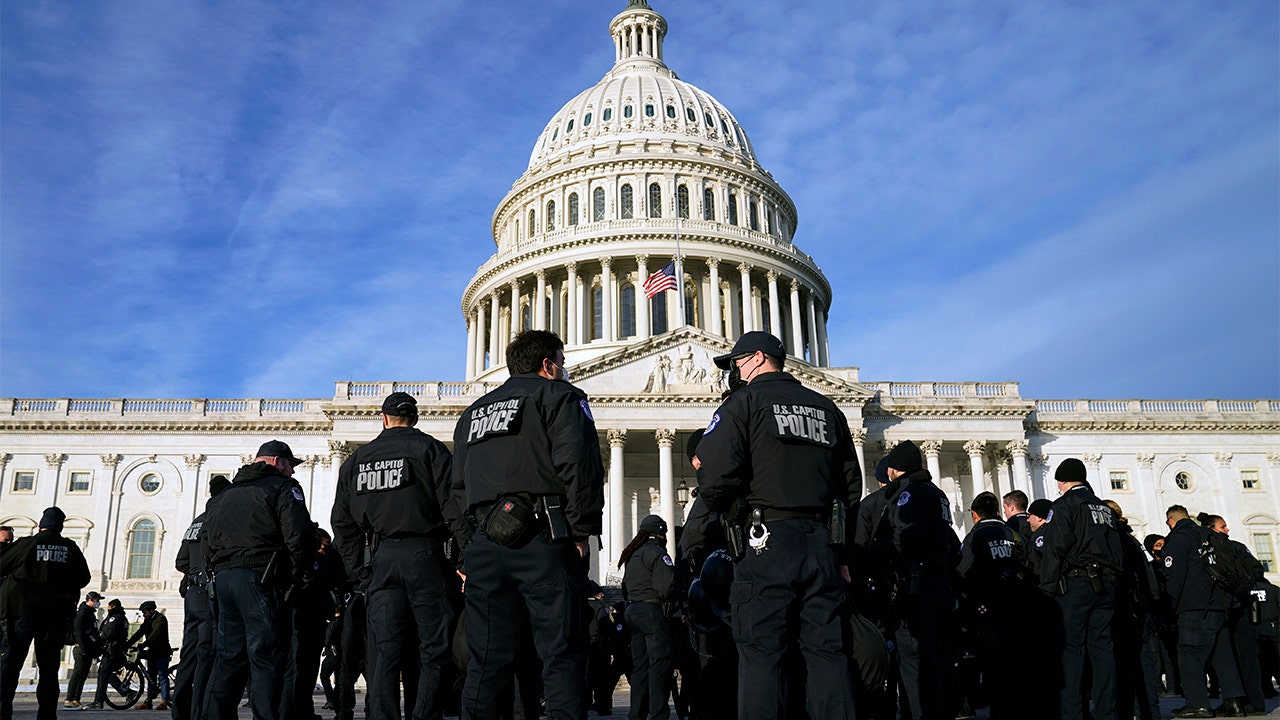 There is a common thread from prominent House Republicans and former Trump Administration officials who refuse to cooperate with the committee investigating last year’s Jan. 6 Capitol riot.

“My position has not changed on this committee. It’s not valid because Republicans were not allowed to appoint anybody. This is purely (House Speaker Nancy) Pelosi appointed,” said House Minority Leader Kevin McCarthy, R-Calif., on Fox. “This is what the Democrats have planned. Just to go after their political adversaries.”

The 1/6 committee took the extraordinary step last month of issuing subpoenas to McCarthy and four other sitting House members for interviews about the riot. Lawmakers themselves may have a beef with that since such a maneuver was unprecedented. But one of the lawmakers subpoenaed questioned the very existence of the panel.

“I think this is an illegitimate committee and they don’t really have the authority to issue subpoenas,” Rep. Andy Biggs, R-Ariz., said on Fox News.

Rep. Jim Jordan, R-Ohio, even threatened Democrats should Republicans capture the House in this fall’s midterms.

The committee issued subpoenas to McCarthy, Jordan, Biggs as well as Reps. Mo Brooks, R-Ala., and Scott Perry, R-Penn. But the committee made it known late last year that it wanted to hear from a number of lawmakers on a voluntary basis.

Rep. Scott Perry, R-Pa., takes a question from a reporter at a news conference held by the House Freedom Caucus on Capitol Hill in Washington, on Aug. 23, 2021.
(AP Photo/Amanda Andrade-Rhoades, File)

Perry undercut the committee in December when the panel extended an informal request for his attendance.

Perry also claimed that “this entity is illegitimate, and not duly constituted under the rules of the U.S. House of Representatives.”

But the criticism of the validity of the committee isn’t limited to lawmakers. It’s one thing for a sitting lawmaker to perhaps eschew a subpoena from a House committee because of the unique nature of the request. But it’s another enterprise for a private citizen to rebuff a House panel for testimony.

The House voted this spring to hold former Trump aides Dan Scavino and Peter Navarro in contempt of Congress after they both refused to cooperate with a subpoena.

“This is a committee that is illegitimate, dispensing illegal, enforceable subpoenas,” argued Navarro in an interview.

Navarro has now filed suit against the House.

Let’s take a step back here and review what’s allowed and not allowed by the House.

Facimile of The Constitution For The United States Of America Dated September 17, 1787.
(Fotosearch/Getty Images)

Article I, Section 5 of the Constitution asserts that “Each House may determine the Rules of its Proceedings” and “punish its Members for disorderly Behaviour.”

This provision of the Constitution serves as the battery which fuels all Congressional activity.

Two dynamics are at work there. This provision in the Constitution grants the House (and Senate) the right to organize in the way each chamber wishes. That extends to creating committees. The second element is that the House and Senate can sanction its members if they don’t comport themselves properly. Granted, issuing a subpoena is not truly “punishment.” But it’s approaching the realm where the House can penalize lawmakers for not playing by the rules.

But back to the first part of Article I, Section 5.

The entire House voted on June 30, 2021, on H.Res. 504 (House Resolution 503) to create the panel to investigate last year’s riot. The House adopted the measure 222-190. This was a customary, Constitutionally-authorized roll call vote, blessed by Article I, Section 5.

Most resolutions to create special committees or commissions provide for the Speaker and the Minority Leader to choose which members will serve on that panel. This resolution was no different. The resolution said that “the Speaker shall appoint 13 Members to the Select Committee, 5 of whom shall be appointed after consultation with the Minority Leader.” Such language is typical in resolutions establishing such committees. But, who got to serve on the committee is ultimately the decision of the Speaker. After all, she’s in charge.

However, Pelosi rejected the selection of Jordan and Banks. Banks, Jordan and Nehls voted against certifying the 2020 Electoral College results. Pelosi asserted that Jordan and Banks may undermine the integrity of the committee.

McCarthy then withdrew his selections for the panel. He declared that he wouldn’t appoint anyone to the committee unless all five of the members he tapped could serve.

The committee lacks a full complement of members as specified in the organizing resolution, which calls for 13. The committee has nine. However, numerous House committees periodically have fewer numbers on their panels than spelled out due to death, resignations or lawmakers switching committees. Fox is told that it is not required for a House panel to have full membership to function. Such absences would permanently paralyze various committees which also lack a full complement of members.

Biggs and Navarro questioned whether the committee is even permitted to issue subpoenas. Section 5 (C, 4,5) of the organizing resolution explicitly states the following:

“The chair of the Select Committee may authorize and issue subpoenas pursuant to clause 2(m) of rule XI in the investigation and study conducted pursuant to sections 3 and 4 of this resolution, including for the purpose of taking depositions.”

“The chair of the Select Committee is authorized to compel by subpoena the furnishing of information by interrogator.”

Article I, Section 5 of the Constitution empowers the committee to include language to issue and enforce subpoenas. Again, that provision grants the House and Senate to makes its own rules.

Thus, the committee can issue subpoenas if it sees fit, despite arguments to the contrary.

It may be problematic for the House panel to enforce a subpoena against its own members. But it’s another issue for a private citizen. If someone doesn’t comply with a Congressional subpoena, the House and Senate can vote to hold the individual in contempt of Congress and refer them to the Justice Department for prosecution.

This is what happened with former White House aide Steve Bannon after he refused to cooperate with the 1/6 committee. Bannon’s trial begins in July. The House also voted to hold former White House Chief of Staff Mark Meadows in contempt. The Justice Department has not prosecuted Meadows as yet. The same with Scavino and Navarro.

But Navarro is now suing the House.

The House has voted to hold various figures in contempt of Congress in recent years. The Republican-controlled House held Obama Administration Attorney General Eric Holder in contempt of Congress. The same with former IRS official Lois Lerner. The House sent a criminal referral to the Justice Department in 2008 after the House Oversight Committee believed baseball all-star Roger Clemens lied under oath about the use of performance enhancing drugs.

Navarro argues he’s excluded from this due to “privilege” since he served President Trump at the White House.

“I’m not as good a baseball pitcher, Roger Clemens. But he never served in the White House,” said Navarro. “The idea (of) stripping President Trump of executive (privilege) is fanciful and absurd.”

But in 2008, the House voted to hold even sitting White House Chief of Staff Josh Bolten and White House Counsel Harriet Miers in contempt of Congress during the administration of former President George W. Bush. Neither agreed to testify before the House Judiciary Committee about the firing of U.S. Attorneys.

A federal judge later ruled that Bolten and Miers weren’t exempt from Congressional subpoenas. The judge ruled that the duo must appear in order to exert an executive privilege claim.

Both Bolten and Miers finally testified before the Judiciary Committee — but in 2009 — shortly after President George W. Bush left office.

Regardless, Navarro’s lawsuit could shed light on whether he can assert privilege or if he must testify before the January 6 committee.

And it may not matter to the 1/6 panel if former Trump Administration officials or Republican lawmakers ever testify.

“By issuing these subpoenas, the Democrats create a useful framing that they can suggest that there is more evidence out there. But they were obstructed by the Republican Party,” said George Washington University law professor Jonathan Turley. “That always helps in any courtroom — whether it’s an actual one or the court of public opinion.”

It’s likely that some Republicans will continue to contest the legitimacy of the riot inquiry. But, as Turley says, the court of public opinion is open for business The January 6 committee launches a batch of big hearings next week.

We know what the Constitutional justification is for the inquiry. The hearings will reveal what the public thinks.