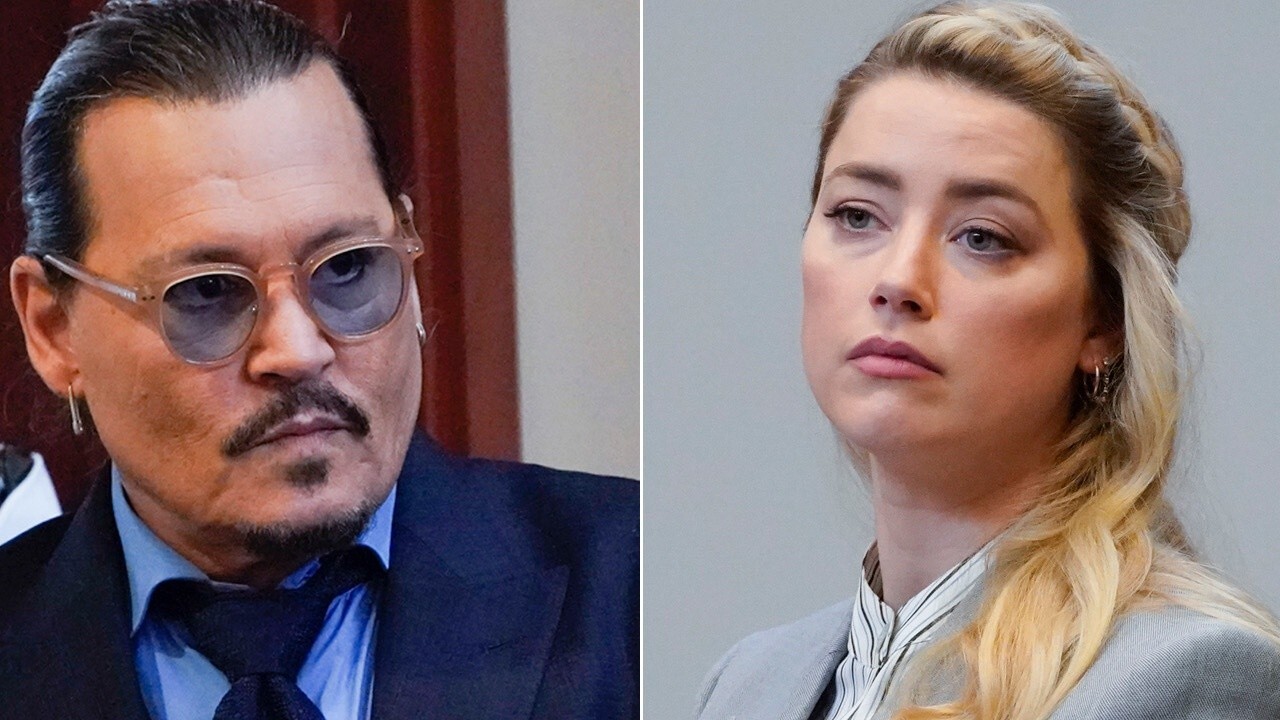 If ever there was a pyrrhic victory – a win that comes at enormous cost– this is it. Yes, Johnny Depp won all three of his defamation claims against Amber Heard, while she won only one.  And quantitatively, he was awarded more money: $10 million to her $2 million.

But in the end, they both destroyed each other.  They came across as miserable, insufferable, and vindictive people who hated each other so much that they decided to exploit the justice system to exact revenge.

A screenshot of Johnny Depp laughing and chatting with his lawyer, Ben Chew, while Ellen Barkin’s pre-recorded deposition was played for jurors at his defamation trial against Amber Heard.
(screenshot )

The trial inside a Virginia courtroom ended, blessedly, on Wednesday. The dual verdicts closed a ridiculous spectacle that endured for an agonizing seven weeks. The fact that the public could not get enough of this “pageant of horribles” is a sad commentary on America’s voyeuristic obsessions.

If either litigant thought that a trial would somehow restore their already-tattered reputations, they were mistaken.  The brute ugliness of what spilled out in court further sullied them both.

We learned, for example, about excrement on their bed, vicious fights, temper tantrums fueled by drug and alcohol rages, a severed finger, photos of Depp passed out on the floor, video of him trashing furniture, both of them taunting each other, he calls her a “gold digger” and a “worthless hooker” while she accuses him of sexual assault with a bottle.

This is truly vile stuff in a chronically toxic relationship.  It made your average load of filthy laundry seem sparkling clean.

FILE – Amber Heard speaks to a Sheriff’s deputy as she departs outside court during the Johnny Depp and Amber Heard civil trial at Fairfax County Circuit Court on May 26, 2022 in Fairfax, Virginia.
((Photo by Cliff Owen/Consolidated News Pictures/Getty Images))

The worst moment for Depp came when his text message to a fellow actor was read aloud in court:  “Let’s drown her! Let’s drown her before we burn her.  F* her burnt corpse!”

Equally despicable was a recording of Heard admitting that she hit Depp and deriding him as a “baby.”  Perhaps their therapist put it best when she testified that there was “mutual abuse.” No kidding.  There’s a slap my arse revelation.

The jury was not gullible enough to believe the lawyer for Heard who asserted during closing arguments that the First Amendment protects his client’s libelous op-ed in The Washington Post.  It was a classic attorney subterfuge.

Someone might want to lend him a copy of the Constitution.  The right to free speech guards against government interference.  As a private citizen Heard is free say whatever she wants, but there are consequences.  Civil liability for defamation is one of them.  The verdict proved that point.

In the end, Depp won more than Heard. That’s probably because he had better lawyers.  They were well prepared with a bevy of witnesses who belied her many claims. She also melted under a withering cross-examination.  No one appeared to buy her crocodile tears.  Her acting coach told the jury that she “has difficulty crying when she’s acting.”

At times, it became an absurd battle of the experts.  Heard’s psychologist claimed she suffers from PTSD because of Depp. His expert claimed Heard suffers from “borderline or histrionic personality disorders.”  The most comical expert announced that Depp had “narcissistic personality disorder.”  Really?  Calling an actor narcissistic is redundant.

Depp may end up banking more money than Heard, assuming she can cough up the net difference of 8 million bucks.  But trust me…it’s not over. Their bitterness and contempt for one another will surely inspire endless appeals.  So, stay tuned for the sequel.  The insanity will continue.

As Captain Jack Sparrow so aptly put it, “Crazy people don’t know they’re crazy.” And that’s the problem, isn’t it?

Laura Ingraham: Americans know zero accountability when they see it